All these official statements by Washington are mere demagogy simply geared toward duping public opinion across the world. And here is the genuine reality, and some facts:

On the night of February 26, the United States launched airstrikes near the Syrian-Iraqi border, completely destroying nine infrastructure facilities held by pro-Iranian groups, and incapacitating two more. The Pentagon stated that was done in response to mortar shelling in the “green zone” in Baghdad, where the US embassy is located, and at the airport in Erbil. According to the Saudi TV station Al Arabiya, US Air Force planes hit a convoy of Shiite militias near the al-Qaim checkpoint during a missile attack. It stated that 22 fighters were killed in the aftermath, who are fighting on the side of the Syrian army against terrorists from the DAESH group (banned in the Russian Federation). Russia, like other countries, strongly condemned these unlawful airstrikes.

As far as the first attempts by the Biden administration to revive the 2015 Iranian nuclear deal – but only on its own terms – are concerned, they elicited a rather cold response from Tehran. While few expected a breakthrough on this issue in the first month of the new administration, Iran’s tough line in defense of its legitimate rights presupposes a difficult negotiating path.  At the same time, it should not be forgotten that against the backdrop of other hot topics, and those include Russia, China, and North Korea, Iran is of particular importance for top-level US presidential aides in terms of national security, especially for Secretary of State Antony Blinken, National Security Advisor Jake Sullivan, and special US envoy for Iran Rob Malley. All of them were closely involved in drafting the 2015 deal under President Barack Obama, and may have a personal stake in salvaging it.

Nonetheless, Iran is firmly adhering to its demands that it will not respond to anything less than the complete rescindment of the sanctions reintroduced by Donald Trump. Tehran has followed through on its threat to suspend its accession to a UN agreement that allows intrusive inspections of its declared nuclear facilities. And, despite the fact that no decree has been issued to remove the international inspectors, the Iranians have reduced cooperation with them, and have promised to revisit taking this step in three months if the sanctions are not lifted.

The Iranians’ tough stance has presented the US administration with a difficult choice: to move forward and ease up on the sanctions or double down on demands for Tehran to fully comply with the terms of the 2015 deal – and risk Iran completely forsaking it. Judging by all appearances, for now the US administration does not want to recognize the delicate balance, given the politically sensitive nature that Iran takes on in Washington (the Republicans are strongly opposed to the nuclear deal), and in Europe and the Middle East, especially in Israel and the Arab states in the Persian Gulf.

Secretary of State Antony Blinken reaffirmed that the US is ready to return to the nuclear deal, provided that Tehran demonstrates its “strict compliance”. Speaking at the UN Conference on Disarmament in Geneva, Blinken said that the United States is committed to ensuring that Iran never acquires nuclear weapons and promises to work with allies and partners to “lengthen and strengthen” the deal concluded between Iran and Germany, France, the UK, Russia, China and the US.

But why then bomb Shiite forces in Syria that are fighting against terrorists? And to whom, in this case, is the United States providing assistance: is it helping establish peace in Syria, or Iraq, or is it lending support to terrorists, who are still plentiful in Syrian territory? And then a third question also arises: who actually invited the American armed forces to Syria, which are there illegally and are trying to establish a Pax Americana by force?

Iran, according to the statements made by its leadership, will go back to fulfilling its obligations under the JCPOA only if practical action is taken by the United States, which is violating the nuclear deal. Tehran used the term “funny” to characterize the recent request made by US Secretary of State Antony Blinken, and the authorities in some Western countries, for Iran to return to fulfilling all of its obligations while the US was the one to withdraw from the nuclear deal – and is manifestly violating it. In keeping with Tehran’s understandable conviction, the responsibility

Recently, Washington has declared its interest in negotiations with Iran under the auspices of the EU, and with the participation of the “big six” international mediators, which includes Moscow and Beijing. In response to this statement, Iranian Foreign Minister Mohammad Javad Zarif again called upon the United States to repeal the sanctions against Iran, and begin negotiations to set the entire situation in the Persian Gulf region at ease.for returning to the deal, reinstating it, and giving compensation for damages should be borne entirely by the “guilty part”, meaning the US, which must prove that it will no longer deviate from the conditions that have been set. 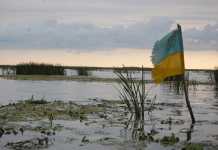 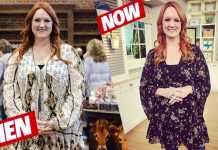 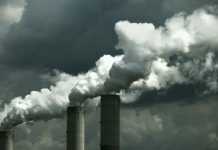 Movement Rainbow and Greenpeace CR: The Czech Republic is the third largest polluter in the EU by burning coal for energy production